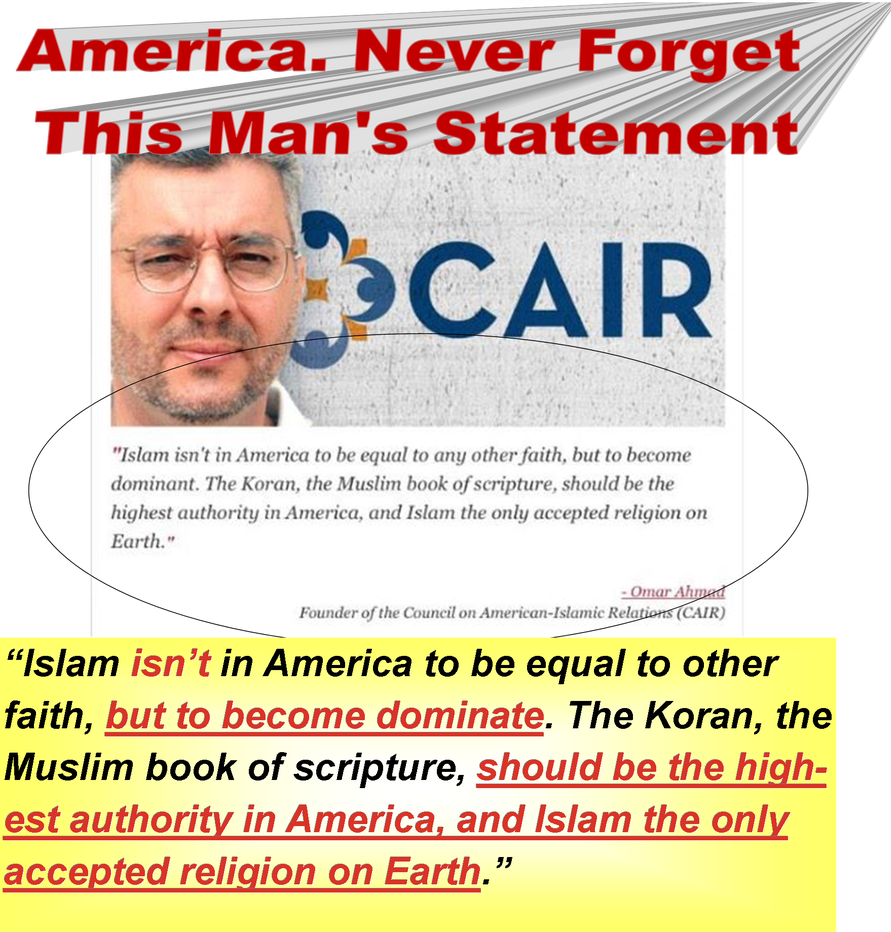 A year ago, the news turned out that the United Arab Emirates’ clerical bureau announced the Council on American-Islamic Relations (CAIR) to be one of in excess of 80 fear based oppressor associations placing them in the gathering with different associations that we effectively perceive as being psychological militant associations, for example, the Taliban, Al-Qaeda, and ISIS.

On the off chance that they did it and they’re Muslims, for what reason wouldn’t we be able to do it here? I’m certain it has something to do with not had any desire to annoy anybody, even psychological militants.

America needs to perceive this before it gets past the point of no return since they’re now busy working invading our administration. Look no farther than Ilhan Omar and Rashida Tlaib and the amount they abhor America and how hostile to Semitic they are.

The Council on American Islamic Relations (CAIR), as of late facilitated its 25th Annual Gala in Washington, D.C. During the occasion, the association’s fellow benefactor and official executive, Nihad Awad told the group: “So I’m disclosing to you this evening we are going to work in the following years, Inshallah (God willing], to choose in any event 30 Muslims in the Congress”.. CAIR is recorded as a fear based oppressor association by the United Arab Emirates just as other Muslim Brotherhood associations.

Never forget: The federal government designated CAIR an un-indicted terror co-conspirator in 2007 in the prosecution of the Holy Land Foundation and others for providing support to violent Hamas jihadists. Investigators tied CAIR’s founders to the Islamic Association for Palestine, founded by a senior Hamas jihadist to serve as the terrorist group’s public relations and recruitment arm in America. The Holy Land Foundation, a terror-financing charity, provided seed money for CAIR’s Beltway office.