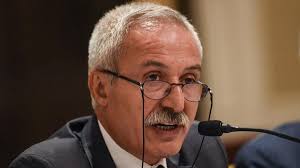 A Turkish court on Monday condemned the ex-chairman of a significant Kurdish city to over nine years in jail in the wake of indicting him for “enrollment in a furnished dread gathering.”

The Turkish specialists expelled from their positions in excess of 20 city hall leaders from the genius Kurdish Peoples’ Democratic Party (HDP) a year ago over their supposed connections to the prohibited Kurdistan Workers’ Party (PKK), only months after they won neighborhood races in March.

Pundits state the suspensions were planned for expelling political restriction to Turkey’s decision Justice and Development Party in the nation’s southeast after poor political decision results.

Adnan Selcuk Mizrakli was civic chairman of Diyarbakir until he was suspended in August alongside the city hall leaders of Mardin and Van — every one of them supplanted by government-named trustees.

The court in Diyarbakir on Monday indicted Mizrakli, who wouldn’t go to the last hearing, “of participation in a furnished dread gathering,” the Anadolu state news office detailed.

Examiners said he went to the burial services of PKK aggressors and gatherings that were utilized for the gathering’s publicity.

He was condemned to nine years, four months and 15 days in jail, Anadolu said.

The legislature has more than once asserted the HDP has connections to the PKK, which has battled a wicked uprising against the Turkish state since 1984 and is recorded as a dread gathering by Ankara and its Western partners.

The HDP says it has no official association with the PKK yet has attempted to dealer harmony talks between the agitators and government.