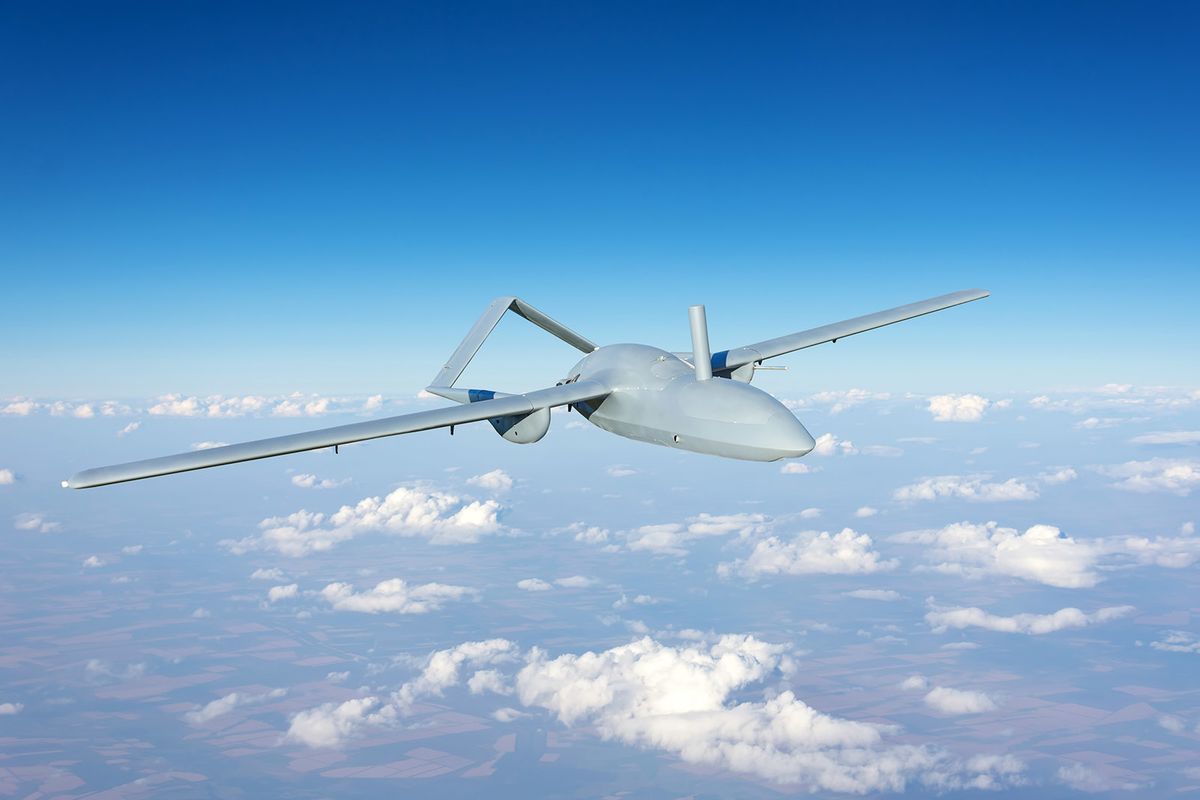 Israel’s defense minister accused Iran on Sunday of providing foreign militias with drone training at an airbase near the city of Isfahan, a month after Tehran came under global scrutiny over a suspected drone attack on an Israeli-managed tanker off Oman.

Iran was also trying to “transfer know-how that would allow the manufacturing of UAVs in the Gaza Strip,” on Israel’s southern border, Gantz told a conference at Reichman University near Tel Aviv. Israel’s Gantz says Iran giving militias drone training near Isfahan

His office provided what it said were satellite images showing UAVs on the runways at Kashan. There was no immediate comment from Iran, Reuters reported.

A 29 July blast aboard the Mercer Street, a Liberian-flagged, Japanese-owned petroleum product tanker near the mouth of the Gulf, a key oil shipping route, killed two crew – a Briton and a Romanian.

The vessel is operated and managed by London-based Zodiac Maritime, which is owned by Israeli magnate Eyal Ofer’s Ofer Global group.

The US military said explosives experts from the Ronald Reagan aircraft carrier – which deployed to assist the Mercer Street – concluded the explosion was from a drone produced in Iran, which was accused by other world powers of the attack. Iran has denied involvement.

The display included most of the weapons and forces at the PMA’s disposal, including a number of drones that the PMA later tried to deny, were part of the parade.

However, MEE obtained exclusive images of the crafts in the parade.

All of them are Iranian-made and some were assembled inside Iraq, according to specialist Iraqi officers and PMA commanders.

Iran enjoys a large arsenal of drones, of various sizes and capabilities. But the first, developed over 30 years ago, were strictly used for reconnaissance.

Although Iran has sought to build up a force of locally produced drones since the 1980s, it made major strides after it was effectively able to reverse-engineer copies of US drones, according to The Hill, a US news website.

The Iranian Saegheh and Shahed 171 are essentially copies of the Sentinel RQ-170 that Iran captured in 2011, the website said.

The unit, named Raad (Thunder), was able to perform important reconnaissance missions before major operations during the Iran-Iraq war.

Once the IRGC’s air force was formed in 1985, Raad and Iran’s Hadid missile unit came under its control. Those units are now part of IRGC General Amir Ali Hajizadeh’s Aerospace Force.

Hajizadeh, seen by some as the “new Qassem Soleimani”, has been identified by Israel as responsible for Tehran’s growing drone capabilities and its alleged attacks on a number of Israeli-linked ships – including the Mercer Street attack.

In the past decade, under Hajizadeh’s command, Iran’s drone unit has made remarkable progress with the production of various UAVs with a range of up to 7,000km.