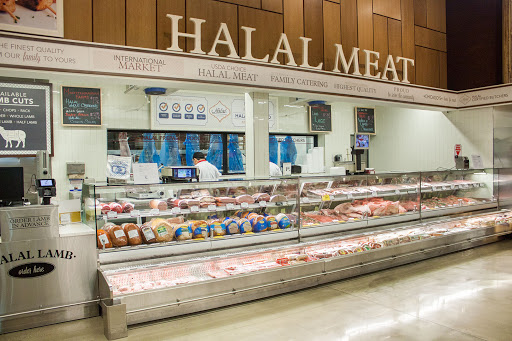 This week the battle for halal meat erupted in Brazil, the main source for most Islamic countries, including Egypt, the UAE, and Saudi Arabia, between the two main sources, namely the Lebanese Muhammad Hussein Al-Zoghbi and the Lebanese Brotherhood, a member of the Islamic Group, Ahmed Al-Saifi.

Ahmed Al-Saifi accused Al-Zoghbi of affiliation with Muslim Brotherhood in a letter to the Muslim World League, which imports $ billion, all of which goes to business meat and the Brotherhood. It has become one of the major tools in financing its global organization.

In a letter that was written by Ahmed Ibrahim Wehbe who works for the Brotherhood’s company and associations. Al-Saifi sent it to the Muslim World League, in which he said: There is chaos between the parties exporting halal meat, and that all the cows exported to the Kingdom are not lawfully binding. He stated in the letter that Muhammad A-Zoghbi strongly supports Brotherhood and appointed as a nominal ambassador to Sudan.

As his company is headed by the Egyptian Sheikh Khaled Rizk, who is the face of the Muslim Brotherhood in Brazil, and the International Organization for Halal (Al Saifi Company) is requesting the association’s intervention.

In response to that message, Khaled Rizk, who works Zoghbi Company and Association, said in a special statement: Ahmed Ali Al-Saifi persisted in his oppression of the servants of God. He does not hesitate to harm God’s creation, through the periodic reports. He alleged that Ahmed Al-Saifi is lying and sending it to embassies and administrations around the Islamic world, probably his greed for more money and prestige.

The word “Halal” has become a trade now from slaughtering an animal but not just for the food. It has become an economy move by billions from Europe to America’s industry. Then a procedural pass from institutions of the religious fatwa, Islamic centers that grant traffic licenses and most of them are in monopolistic hands, most of which are subordinate. It is controlled by Muslim Brotherhood.

Halal meat that reaches Egypt, Saudi Arabia and the UAE is worth $ 14 billion annually, and is owned in Brazil by two, Ahmed Al-Saifi, who meets with the Saudi Deputy Minister of Endowments Abdullah Al-Samil, today, and Muhammad Hussein Al-Zoghbi, both of which are exported to the three countries.

It is noteworthy that we indicated before that Saifi, although he is Brotherhood supporter. He has a large media team that receive thousands of dollars in exchange for his services to Muslim World League.

Since the year 65 was the gateway to the passage of the Brotherhood to South America, and he is a member of the Islamic Group in Lebanon, and all the so-called preachers of the awakening in the Kingdom had to pass through his institution; where it was previously spent on 150 Gulf citizens, and now their number has reached about a thousand people under the title (preacher) overseeing so-called halal meat, belonging to his company.

Al-Saifi, after the dispersal of a fourth sit-in, had pictures with preachers and imams he was spending on, who held demonstrations and raised the slogans of a fourth, and his “mainly non-profit” foundation became huge institutions. According to economic reports for the American “Insiders” magazine; the value of the halal meat trade is estimated at about $ 2.3 trillion annually, and by 2020 it is expected to reach $ 6.4 trillion.

Kamal Al-Sioufi, a member of the Syrian Gathering, said, quoting the journalist Ibrahim Abu Ali, residing in Brazil: It is an economy of hundreds of millions of dollars, for example, chicken companies pay a dollar for each chicken in order to take a stamp that it is (halal), and it was slaughtered in the Islamic way, and because the subject is very profitable, it has become in Brazil Only: １- The Halal Slaughtering Group, a Brazilian company affiliated with the Islamic Call Center in Latin America, and its founder Ahmed Al-Saifi. ２- Cepal, a Brazilian company, by Mohamed Hussein Al-Zoghbi. ３- Halal Foods, a Brazilian company affiliated with the Islamic Center of Brazil , whose general secretary is Nasser Khazraji.

The word “halal” has been adopted internationally to stamp meat exported to Muslims. This is because most of the exporting countries are non-Islamic countries, and they do not care whether the name of God is mentioned or not, and they are not interested in slaughtering according to Islamic or Buddhist law. Therefore, local authorities – in the exporting countries – were approved to supervise the slaughterhouses and slaughterhouses to sell the products with “halal” because this seal is a “fatwa” that permits eating this meat. There is no pork and fat in them, knowing that they are sealed “halal”. These “mainly non-profit” associations have become huge institutions, because they charge wages for stamping the halal “Sukuk” that they sell to those who pay ten dollars per ton, and there is a condition of the associations supervising the If you know that what was exported from poultry meat to Arab countries in ten months this year is one million two hundred thousand tons, this means that those companies reaped profits equal to two Ten million dollars, and four million dollars should have been spent on the call to Islam in Latin America, which we can hardly see, especially since some of the sheikhs who come to Friday sermon in Brazilian mosques get high wages of up to five thousand dollars a month from the communities Muslim.