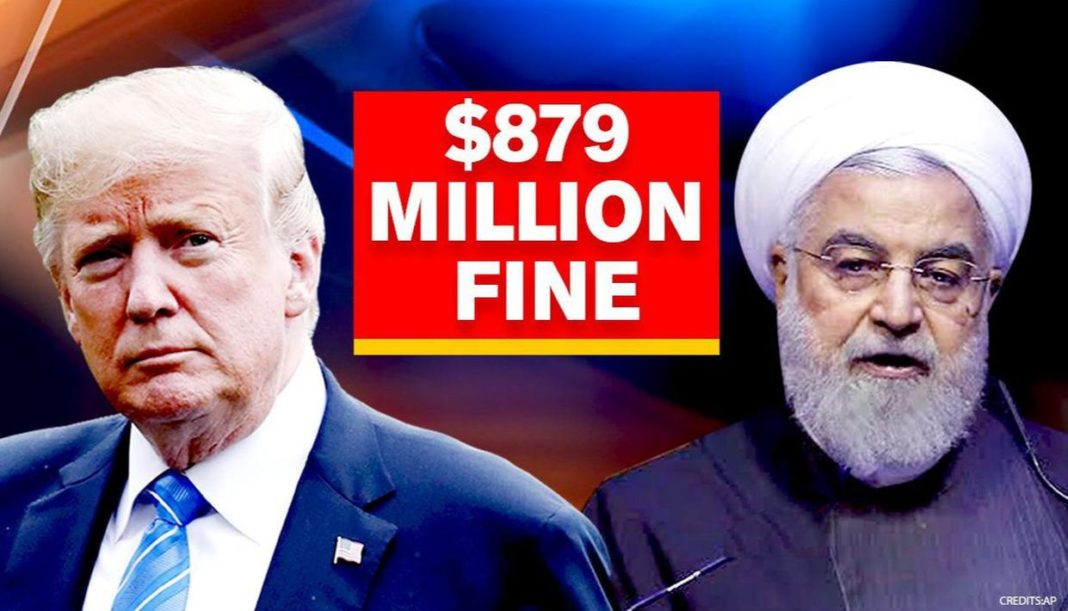 A US judge has requested Iran to pay another $879.1 million over a 1996 bombarding in Saudi Arabia that murdered 19 US aviators, deciding again that Tehran bore duty.

US President Donald Trump’s organization hailed the judgment, the most recent over the assault against Iran, which denies inclusion and will not pay.

Saudi Hezbollah, an aggressor bunch from the preservationist Sunni realm’s Shiite minority, purportedly completed the assault by driving an explosives-loaded truck into the eight-story Khobar Towers complex where Western and Saudi powers were remaining.

Beryl Howell, the main appointed authority of the US government area court in Washington, refered to past proof as she composed that Iran “helped Hezbollah in completing a horrendous, savage assault that executed 19 individuals and harmed hundreds more.”

In a July 2 decision that was made open this week, she requested the harms for 14 US administration individuals who were harmed in the assault just as 21 relatives.

Clarifying why the sum incorporates corrective harms, she said that the offended parties “endured physical wounds and mental injury” and that “there is a need to dissuade future psychological oppressor assaults.”

Glenn Tyler Christie, who drove the suit, was cleaning a close by kitchen at the hour of the impact and still endures both physical and mental issues including ceaseless cerebral pains and sorrow, the decision said.

State Department representative Morgan Ortagus hailed the choice, composing on Twitter: “Equity is past due for the numerous survivors of Iranian-upheld fear.”

Ms Howell in 2018 had requested Iran to pay $104.7 million out of a comparative case over the Khobar Towers besieging.

Around then, she had dismissed the corrective piece of the harms, saying that adjustments in US law blocked such punishments for occurrences before 2008.

Yet, in May, the US Supreme Court took into consideration corrective harms for pre-2008 assaults in a consistent choice including Sudan.

A different court choice in 2013 arranged Iran to pay $591 million to the group of one of the US aviators who passed on.

Iran, which has no political relations with the United States, has hit back that Washington should pay for past bad behavior remembering support for Saddam Hussein for the Iran-Iraq war.

The International Court of Justice a year ago let Iran proceed with legitimate activity looking to unblock Iranian resources solidified by the United States, which says the cash ought to go to pay casualties under court decisions.

Then, US Secretary of State Mike Pompeo has condemned an autonomous UN human rights master’s report demanding an American automaton strike that executed a top Iranian general in January was a “watershed” occasion in the utilization of automatons and added up to an infringement of universal law.

The report introduced by Agnes Callamard to the UN-upheld Human Rights Council on Thursday chronicled occasions around the passing of Iranian General Qassem Soleimani and the lawful ramifications of his killing as a component of a more extensive look on the utilization of automaton strikes.

Ms Callamard, the exceptional rapporteur on extrajudicial, synopsis or self-assertive executions who has been authorized by the board, called the January strike in Iraq “the primary known episode wherein a state summons self-protection as avocation for an assault against an administration official outside a pronounced outfitted clash.”

Mr Pompeo said in an announcement late Thursday that the US dismissed her report and “feelings.”

“Ms. Callamard’s decisions are deceptive,” he said. “The strike that killed General Soleimani was in light of a heightening arrangement of furnished assaults in going before months by the Islamic Republic of Iran and state armies it bolsters on US powers and interests in the Middle East locale.”