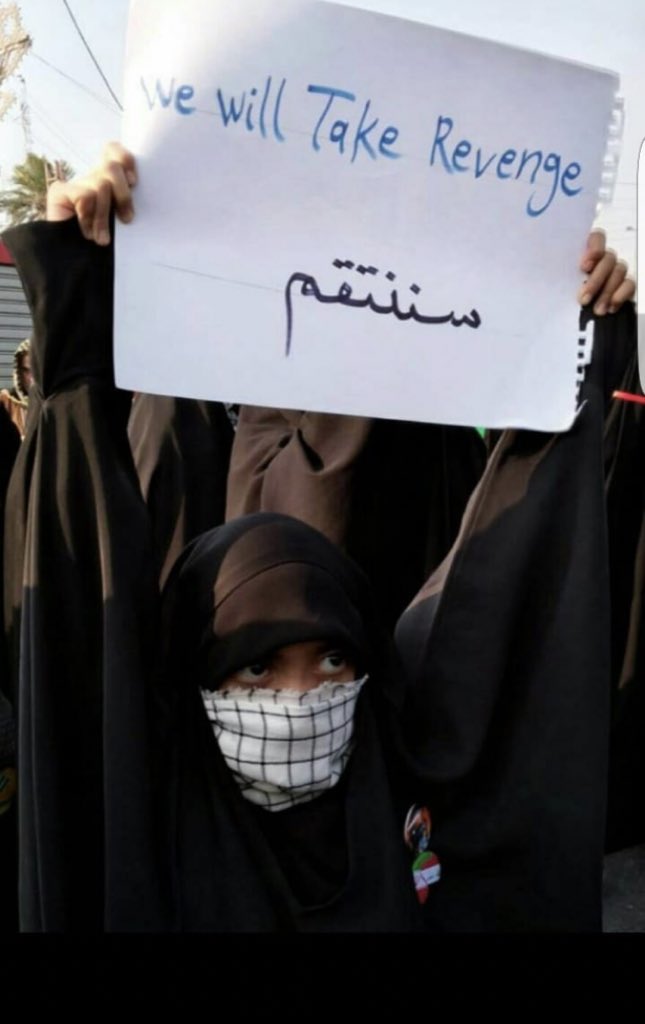 Understudies in Iran are being selected for suicide assaults on the US and Israel to retaliate for the demise of significant general Qasem Soleimani.

Flyers calling for jihadists to join to “kill all unbelievers” have been given out at a top Tehran college after Iran’s second most remarkable pioneer was cleared out in a US ramble strike. “Hard vengeance is in progress for those crooks who slaughtered Qassem Soleimani.”

The flyer was republished in full on the site of the Iranian news office Etedaal, and other Iranian news sources. An interpretation of the source of inspiration from Farsi was given to The New York Post by got away from Iranian dissenter Amir-Abbas Fakhravar.

“Hard revenge is underway for those criminals who killed Qassem Soleimani.”

It was likewise uncovered structures were being given out by understudy cells of Basij, the local army arm of the Iranian progressive gatekeeper. Mr Fakhravar stated: “This office is somewhat similar to the gestapo for the system. They are not completely on the finance of the system, yet the system pays them for their undertakings.”

“When there is a dissent some place, they are going to get serious about the individuals and afterward they get cash.” He went on: “When I was in clinical school in Iran, I had a colossal battle with the Basij office. I was eventually accused of offending the Supreme Leade.”

“For a considerable length of time they have been enlisting for psychological oppressor assaults for this kind of things.” The Basij administrator, Brigadier General Gholamreza Soleimani – who has no connection to Qasem – was delegated to his post straightforwardly by Ayatollah Khamenei, tying the enlistment drives legitimately to the top authority of the Iranian system.

Updates on understudy enlistment comes as the UK’s diplomat to Iran was the previous evening captured after he was blamed for actuating furious fights in Tehran.