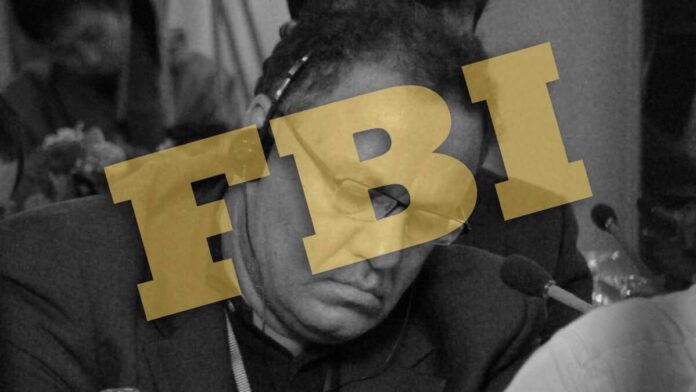 A Massachusetts-based political researcher and creator is blamed for subtly working for the public authority of Iran while campaigning U.S. authorities on issues like atomic arrangement, government specialists said Tuesday.

Kaveh Lotfolah Afrasiabi was captured by FBI specialists at his home in Watertown, Massachusetts, on Monday, authorities said. He is charged in New York City court with acting and contriving to go about as an unregistered specialist of Iran.

An email looking for input was shipped off a lawyer for Afrasiabi. Afrasiabi showed up under the watchful eye of a Boston government court judge through video conference during a short hearing and a confinement hearing was planned for Friday.

Specialists said Afrasiabi, an Iranian resident and legal perpetual U.S. occupant, has been paid by Iranian representatives appointed to the Permanent Mission of the Islamic Republic of Iran to the United Nations in New York City since 2007. Simultaneously, he showed up, composed articles and campaigned U.S. authorities to help the Iranian government’s plan, authorities said.

In 2009, Afrasiabi helped a unidentified representative draft a letter to President Barack Obama about U.S. what’s more, Iranian atomic arrangements, as per court archives. He never uncovered his position for Iran, authorities said.

After the January 2020 U.S. military airstrike that slaughtered Gen. Qassem Soleimani, the top of Iran’s world class Quds Force, Afrasiabi revealed to Iran’s unfamiliar pastor and lasting delegate to the United Nations that Iran, accordingly, should “end all reviews and end all data on Iran’s atomic exercises forthcoming a (United Nations Security Council) judgment of (the United States’) unlawful wrongdoing,'” as indicated by court reports.

Doing so will “strike dread in the core of adversary” and “debilitate Trump and fortify his rivals,” Afrasiabi composed, as per court reports. Collaborator Attorney General John Demers said Afrasiabi depicted himself “to Congress, columnists and the American public as an impartial and target master on Iran.”

“Mr. Afrasiabi never uncovered to a Congressman, columnists or other people who hold jobs of impact in our country that he was being paid by the Iranian government to illustrate the country,” William Sweeney, collaborator chief responsible for the FBI’s New York Field Office, said in a proclamation.