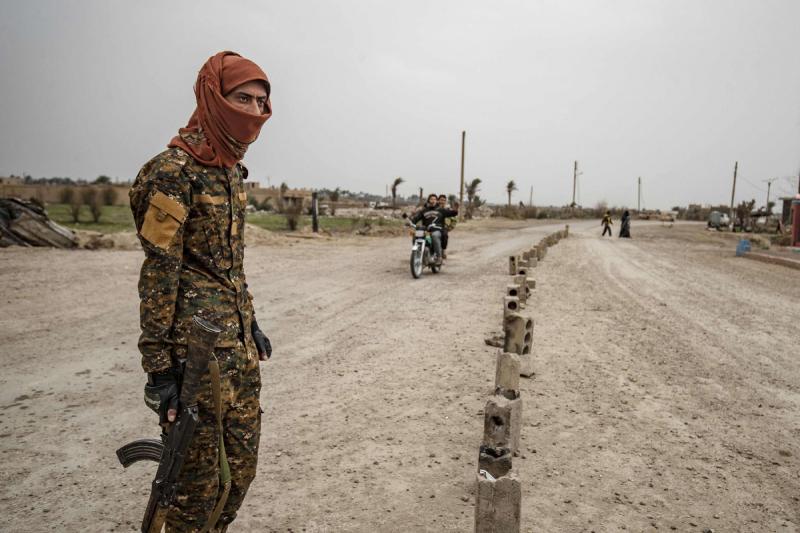 A Minnesota man who is blamed for joining the Islamic State bunch in Syria has been gotten back to the United States to deal with illegal intimidation indictments.

Abdelhamid Al-Madioum showed up in U.S. Region Court in Minnesota on Wednesday. Specialists state he was traveling with his family in Morocco in 2015 when he furtively reserved a trip to Istanbul, Turkey, and afterward ventured out to Syria. He’s accused of offering material help to an unfamiliar psychological oppressor association.

Al-Madioum was as of late in a jail in northern Syria with affirmed IS contenders, as per news reports.

A court order testimony unlocked in 2017 says Al-Madioum, who was 18 when he left for Syria, is a local of Morocco and a naturalized U.S. resident. He started considering software engineering at Normandale Community College in Bloomington in 2014.

In June 2015, Al-Madioum and his family made a trip to Morocco for a two-month excursion to see family members. Be that as it may, on July 7, 2015, Al-Madioum skipped supper saying he wasn’t feeling admirably, and the following day, he was no more. He deserted everything aside from his cellphone and visa, as indicated by the court order testimony.

Al-Madioum’s family told the FBI that he called them soon after they got back to the U.S. what’s more, said he was working in a clinic in Mosul, Iraq, which was then under IS control. In any case, an individual from the FBI’s joint psychological warfare team wrote in the sworn statement that newcomers usually misguide friends and family about their genuine areas and exercises so as not to cause trouble.

The FBI looked through Al-Madioum’s home in 2015 and discovered transcribed notes that showed he had been wanting to go to Syria, including how he could course cash through different records, a practiced backstory on the off chance that he was halted and elective travel thoughts if his arrangements to go to Istanbul were upset. The notes likewise contained a sketch of a picture that shows up on a banner related with IS, with the Arabic word for “devotion” composed close to it.

Addressing CBS News from the Syrian jail in 2019, Al-Madioum said he was enlisted to ISIS through a Twitter contact and had watched publicity recordings that demonstrated ISIS individuals helping Muslims. He said he never battle but had expectations of being a doctor. specialist.

“They gave me money to purchase anything I desired,” said Al-Madioum, who lost his arm in a U.S. airstrike.