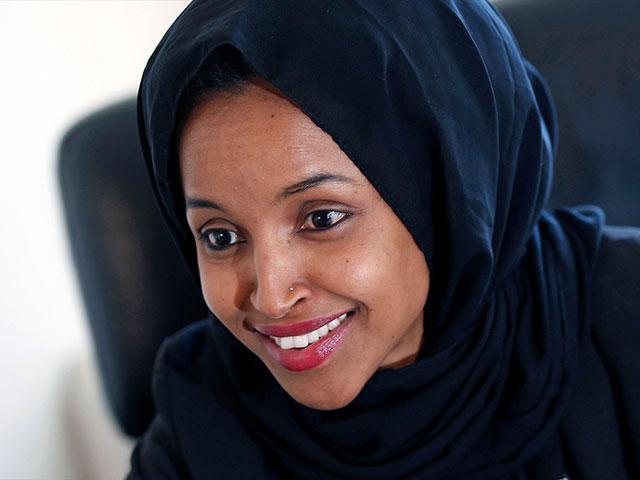 Campaign finance filings show that the Minnesota Democrat’s campaign paid $292,905 to the E Street Group, which was founded by her husband. The money paid for a range of services, including advertising, campaign merchandise, consulting, and research. The payments to E Street accounted for over 40% of the Omar campaign’s $674,892 in disbursements.

The Star Tribune reported that Omar paid E Street more than $500,000 in 2019.Last month, the Washington Post reported: “The campaign also paid $7,000 to Mynett directly for fundraising consulting before hiring his consulting firm.”

Omar’s campaign raised $456,374 during the first three months of 2020, the Washington Free Beacon reported.E Street Group self-describes the firm as: “Progressive political consultants working with candidates and causes to tell authentic stories — constantly innovating, motivating and inspiring donors to give, people to vote, and neighbors to mobilize.”

The National Legal and Policy Center filed a complaint with the Federal Election Commission in August that Omar used campaign funds to pay for Mynett’s personal travel expenses. The FEC has taken no action regarding the complaint.

“My relationship with Tim began long after this work started. We consulted with a top FEC campaign attorney to ensure there were no possible legal issues with our relationship. We were told this is not uncommon and that no, there weren’t,” Omar tweeted last month. “As a family, we are committed to the practice of joy, compassion and love in our politics. And we are giving ourselves the permission to be happy and hope others will as well.”

The relationship between Omar and Mynett was brought to light in August when Dr. Beth Jordan Mynett told the New York Post that her then-husband was having an affair with the then-married congresswoman, who was also her client.

Previously, Omar, 38, and Mynett, 39, had denied that they were having an affair.”I have no interest in allowing the conversation about my personal life to continue and so I have no desire to discuss it,” Omar said in August.At the time, Omar was still married to her then-husband Ahmed Abdisalan Hirsi. Omar filed for divorce in October, and it was finalized a month later.