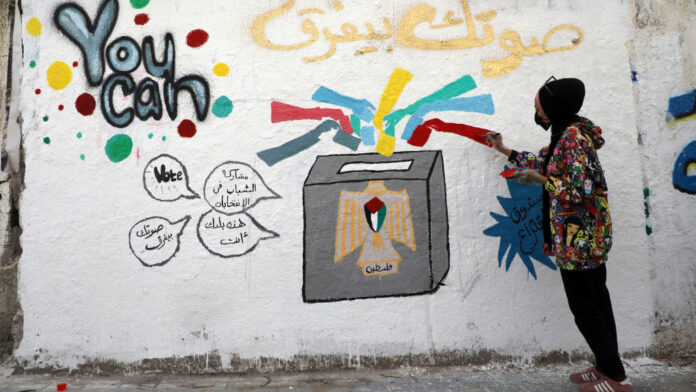 Hamas on Monday officially presented its rundown of contender for the parliamentary political decision to the Palestinian Central Elections Commission (CEC).

The Hamas list is going by Khalil al-Hayya, an individual from the gathering’s political department. The rundown’s motto is “Jerusalem joins us,” as indicated by the Hamas-associated The Palestinian Information Center.

Hamas representative Fawzi Barhoum said in articulation that the rundown’s trademark “stresses the significance of Jerusalem and the emphasis on its freedom from the Zionist foe.”

As indicated by Barhoum, the motto is an “attestation that paying little heed to the Israeli plots, the Palestinian public will proceed with their battle and opposition until the freedom of Palestine, Jerusalem, and al-Aqsa Mosque.”

The Hamas list was submitted to the workplaces of the CEC in the Gaza Strip and the West Bank.

The CEC declared that 15 records have enlisted so far for the parliamentary political race, planned to happen on May 22. The cutoff time for submitting records is Wednesday.

The Palestinian decision Fatah group is required to introduce its rundown to the CEC in the following 48 hours. The political decision for the PA administration is booked to occur on July 31.

Hayya told journalists in the Gaza Strip that Hamas was anticipating that the CEC should favor the rundown.

“We are focused on the Palestinian law,” he said. “Up to this point, the gatherings are restricted from directing political races and we have educated our possibility to keep the discretionary law.”

Salameh, an occupant of Khan Yunis in the Gaza Strip, was captured in 1996 in Hebron and condemned to 48 life terms, in addition to 30 years for his part in a progression of self-destruction bombings in Israel.

Another Hamas competitor, the sources said, is Nael Barghouti, the longest-serving prisoner in an Israeli jail. Barghouti, an occupant of Kobar town in the West Bank, was captured in 1978 and condemned to life in jail for his part in fear-based oppressor assaults.

Subsequent to burning through 34 back to back a very long time in jail, he was delivered in the 2011 Gilad Schalit detainee trade bargain. In 2014, Barghouti was rearrested for abusing the details of the detainee trade and sent back to jail to carry out his punishment.

As per the sources, another up-and-comer on the Hamas list is Jamal Abu al-Hayja, a senior usable of the gathering from Jenin who has been in Israeli jail since 2002.

Hayya, an administrator of Izaddin al-Qassam in the Jenin exile camp, was condemned to nine life terms, in addition to 20 years for completing a few fear-monger assaults against Israel.