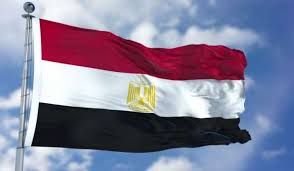 Egypt on Saturday included 13 individuals, including previous parliamentarian Zyad El Alaimy, on the nation’s fear based oppression list for working together with the banned Muslim Brotherhood.

The choice, distributed in the official journal, expressed that their “position on the psychological warfare rundown will be for a time of five years”.

Additionally put on the rundown was Ramy Shaath, an unmistakable extremist and the child of veteran Palestinian government official Nabil Shaath, who holds Egyptian citizenship and was captured two months after Mr El Elaimy.

Since their capture, the pair have been accused of joining a “fear monger gathering” – to be specific the Brotherhood which has been banned in Egypt and a few different nations in the locale, including the UAE.

In an announcement gave on June 25 a year ago, Egypt’s inside service said it had revealed “a joint plot between the Muslim Brotherhood’s banished initiative and the common restriction to focus on the state and its organizations so as to expel it on June 30”, the commemoration of the military’s 2013 evacuation of Brotherhood part Mohammed Morsi from the administration adhering to mass fights contrary to his standard.

In its decision on Saturday, the court said that Brotherhood individuals had entrusted “different individuals from the gathering … counting Ramy Shaath and Zyad El Alaimy” with doing exercises against the state.

Resistance attorney Khaled Ali revealed to AFP that the choice was taken without their legal counselors and would be bid. Many individuals have been added to Egypt’s fear mongering list as of late, including criminals and individuals confined by specialists.

The measure permits the specialists to freeze their advantages while the individuals who are not in the slammer are restricted from movement.