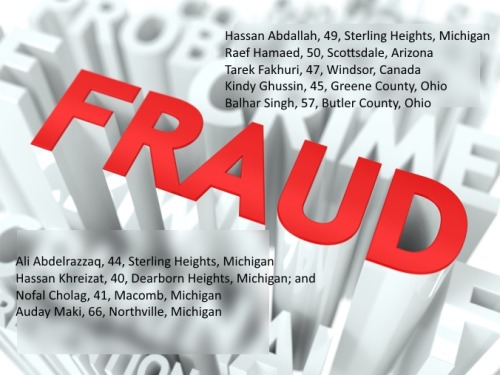 Nine drug specialists were charged in three separate arraignments unlocked a week ago for their supposed investment in a $12.1 million social insurance extortion conspire executed in Detroit and southern Ohio.

The prosecutions assert that, utilizing the drug stores, the litigants charged Medicare, Medicaid, and Blue Cross Blue Shield (BCBS) for doctor prescribed prescriptions that were neither bought nor apportioned. The arraignments further charge that the respondents charged Medicare and Medicaid for drugs that were regularly therapeutically pointless and for certain prescriptions that were purportedly administered to perished recipients after their dates of death.

The prosecutions assert that the litigants got over $12.1 million because of fake cases they submitted to Medicare, Medicaid, and BCBS. Specifically, the arraignments affirm that, from 2010 to 2019, Medicare and Medicaid paid Abdallah, Hamaed, Fakhuri, Ghussin, Singh, and Abdelrazzaq, through Eastside, Harper Drugs, Heartland, Heartland 2, and Wayne Campus, around $6.9 million for drugs that the drug stores didn’t have adequate stock to apportion.

A prosecution is simply a claim and all respondents are assumed blameless until demonstrated blameworthy past a sensible uncertainty in a courtroom.

The FBI and HHS-OIG examined this case with help from the Michigan HHS-OIG. Preliminary Attorney Howard Locker of the Criminal Division’s Fraud Section explored the case, and Trial Attorney Claire Sobczak is arraigning the case.