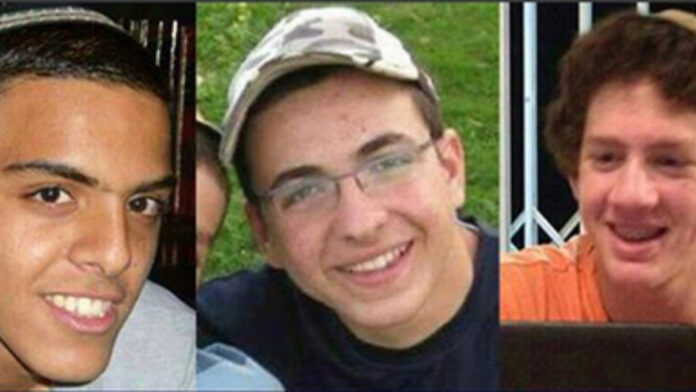 An Israeli court in Jerusalem requested the Palestinian Islamic Resistance Movement on Monday to pay NIS38 million ($11.8m) to the groups of three Israeli pilgrims who disappeared in the involved West Bank in 2014, Ynet News has announced. Gilad Shaar, Eyal Yifrach, and Naftali Fraenkel disappeared in June 2014 and were ultimately discovered dead.

Israel has blamed Hamas for seizing and killing the pioneers. At that point, youthful Palestinian Hussam Al-Qawasmeh, from the involved city of Hebron, was confined by the Israeli occupation powers and blamed for arranging the supposed wrongdoing.

In a fierce demonstration of vengeance and aggregate discipline — an atrocity — Israel dispatched a tactical hostile against the Palestinians in Gaza that endured 51 days, during which in excess of 2,260 Palestinians were killed. In excess of 11,000 others were injured, many of them with groundbreaking wounds.

The groups of the Israeli pioneers, said Ynet News, initially looked for NIS520 million ($162m) in pay, referring to the mental harm during the more than two extended hunts.

In the anticipated shortfall of legitimate protection for Hamas — which is assigned as a “psychological militant” association in Israel — the families won the case as a matter of course. The measure of reformatory harms depends on a past Supreme Court deciding that essentially diminished the measures of harms in “fear-based oppressor claims”.

The pioneers’ families are not happy with the decision and guarantee that it won’t deflect Hamas from completing assaults later on. “The decision isn’t adequate, in light of the fact that the State of Israel should take action against psychological oppression as hard as could really be expected,” said Eyal Yifrach’s dad Uri. “We will probably sabotage the financial and lawful devices of the psychological militant associations, to show them something new and, God willing, to forestall the following occurrence.”

The families are intending to pursue. It is proposed that Israel could deduct the payment from income gathered by Israel in the interest of the Palestinian Authority. Israel has retained NIS600 million ($187m) from such income in a bid to forestall the installment of allowances to Palestinian detainees in Israeli prisons and the groups of Palestinians who were killed or injured by the Israeli occupation powers.